What do you want to cook?

What are you looking for? 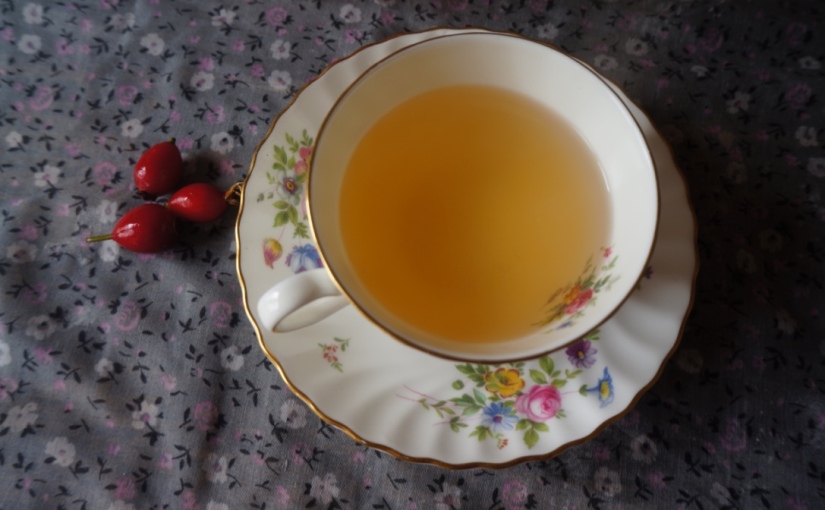 This was my first go at foraging and cooking with rosehips. I had heard of them before but I wasn’t quite sure how to identify them, so I did a little bit of research in some foraging books and on the internet.

I also read that rosehips contain 20x more vitamin C than oranges! So a drink of rosehip syrup can be really good for you, especially if you have a cold!

I found the best way to harvest rosehips was to use a small pair of scissors to snip the rosehips off the bush, into a large carrier bag. Be careful if you do harvest them, as the thorns on the bush are very sharp, I had a few injuries to show for my troubles! 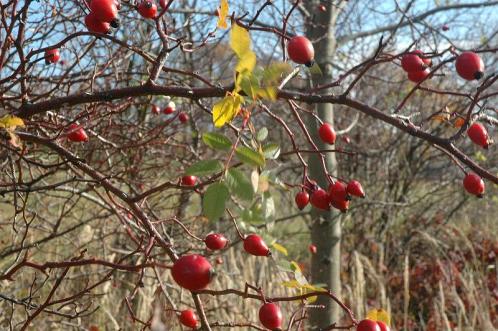 I got the recipe for this syrup from Pam Corbins River Cottage Preserves book. In the recipe she suggests that the syrup is also excellent in cocktails and gives this example of a refreshing summer cocktail:

I really like the taste of this syrup, it’s not like anything else I have tasted before, but I think it has a slightly appley flowery taste to it. I’m looking forward to using it in baking and cocktails!

I will be bringing this along to Fiesta Friday#91 this week hosted by Angie. Happy Friday everyone! 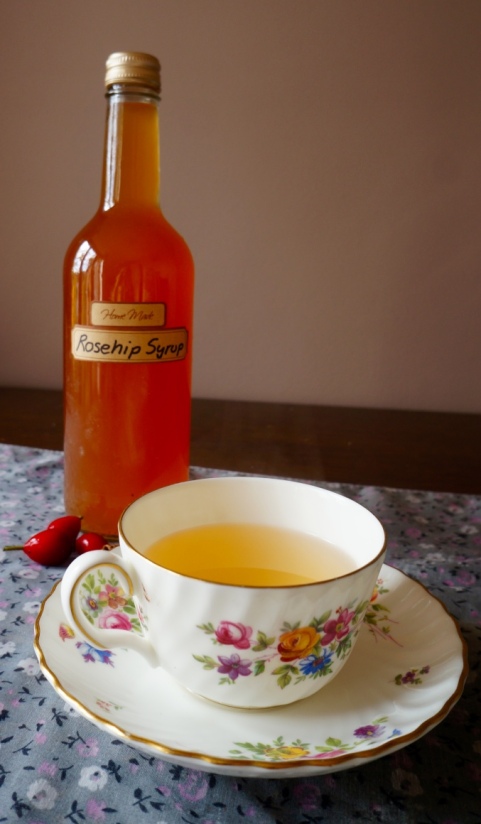 Weigh out and wash 500g rosehips, blitz in a food processor into small chunks. Transfer to a large pan and cover with 800ml boiling water. Cook over a medium heat, until the mixture reaches the boil, then turn off the heat and leave to stand for 15 minutes.

Strain the mixture through a muslin bag into a large bowl, and set the resulting liquid aside. return the rosehip pulp the the pan and cover with another 800ml boiling water. Cook over a medium heat until the mixture boils for around 2 minutes. Leave to stand for 15 minutes.

Strain the mixture through a muslin bag into the bowl containing the first lot of rosehip liquid. Discard the rosehip pulp and return the liquid the the cleaned pan – you should have around 1.2L of liquid. Add the sugar to the liquid and slowly bring to the boil. Boil for around 5-10 minutes, then immediately pour into sterilised glass bottles and seal.

Store in a cool dark place and use within 4 months. Once opened store the syrup in the fridge.